LONG BEACH, CA - APRIL 19 A three-time IndyCar Series champion ,Scott Dixon of New Zealand, driver of the #9 Target Chip Ganassi Racing Dallara Chevrolet has not had much luck on the 1.968-mile, 11-turn temporary street circuit, finishing fourth in 2010 for his only previous top 10. Dixon qualified third for this year's race, his best starting position at Long Beach. Once the race started, he quickly passed series leader Juan Pablo Montoya for second and went to the lead when Castroneves nearly collided with another car in the pits on lap 33. In the lead for the first time this season, Dixon beat Castroneves out of the final pit stop and turned back his pass attempt with 24 laps left before widening his lead. 2015 April 19. Byline, credit, TV usage, web usage or linkback must read SILVEXPHOTO.COM. Failure to byline correctly will incur double the agreed fee. Tel: +1 714 504 6870. 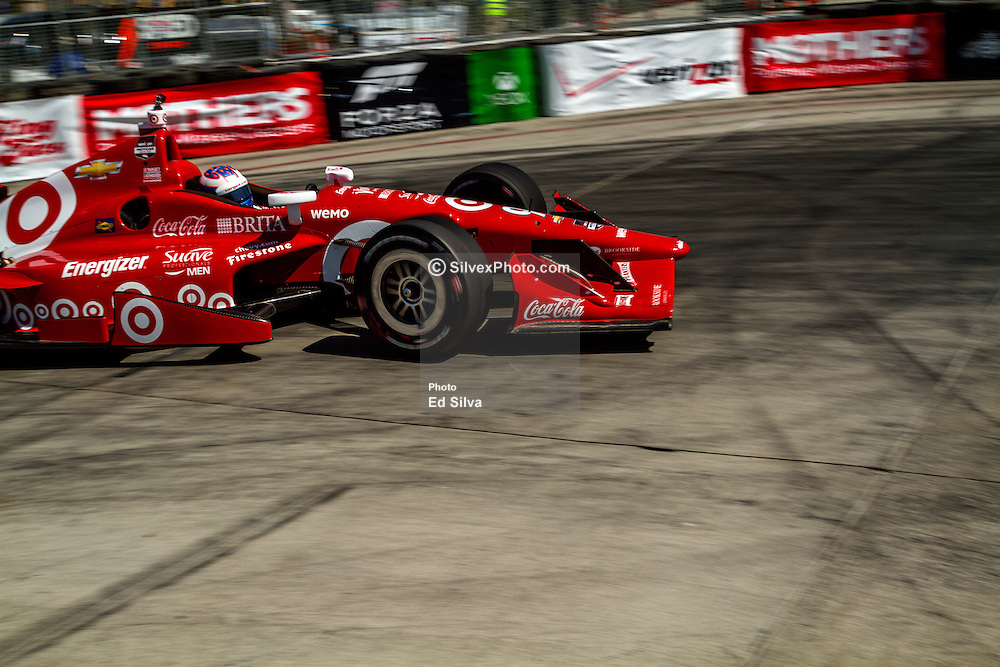